Prosperity Names is mobile & tablet friendly. Use our web app on your phone, tablet or desktop — anytime, any place, anywhere.

The Internet — The Modern Gold Rush

The Klondike Gold Rush of the late 1900's was a time when thousands of people took a hard and difficult journey to the Yukon in the search of gold.

Thousands and thousands of people made their way to the Klondike and while there was a lot of gold to be found, only a small percentage actually struck it rich.

In fact, most people lost everything.

The Internet is today's modern day gold rush with thousands, actually millions, of people trying to make their millions online. The reality is that most will not.

When you work online, you need to keep your feet on the ground while reaching for the sky.

Think big but plan for small.

It's just the reality. The reality is that you will find it difficult to make millions.

Saying this, you can make good money, enough money to live and you can actually make a decent living and even more than just a decent living working on the Internet. But you do need to work hard.

If you are lucky and a hard worker, you will strike it rich.

Similar to the Gold Rush, in the early days of the Internet there was a lot of speculation. This all came to a sudden halt when the Internet crashed in 1999, but before this time, people were making millions just from speculation.

I remember meeting a man from India in 1998 who had a PhD in computer science. He was a professor at a university in India. His son has a Bachelor's and a Master's from two different universities in the United States. Obviously this man's son had his father's brilliance in terms of computer science because his son started the Who Where search engine which he sold to Lycos for $133 Million.

The days of sales like this happening again are basically gone but a good web site can still earn millions and be sold for millions.

I often wondered what Lycos was thinking when it bought the Who Where search engine and other web sites for so much. I often wonder if Lycos has finished paying its debts. 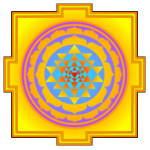 There is approximately 40 million domain names currently registered and obviously many more will be registered. So how can you find the right domain name?

Well, I can only tell you the truth... it will be difficult.

Finding a domain name that is available takes some creativity and a willingness to sacrifice your preferred domain name for an alternative.

There are some do's and dont's.

First, only use a .com domain name. Going back to when the world wide web was first created there were 4 primary domain names. There was .com for commercial web sites, .net for general Internet web sites, .org for non-profit organizations and .edu for education establishments like universities.

Generally speaking, in the early days of the World Wide Web (also known back then as the "Information Superhighway") people had two choices which was to use .com or .net for commercial web sites.

The majority of people were attracted to the .com while some chose .net.

Regardless of the reason for .com becoming popular, you should only choose a .com domain name.

Let's say you created a web site known as mywebsite.net... unfortunately, in advertisements, etc you will write mywebsite.net and then people will simply visit mywebsite.com because everyone naturally thinks of .com and not .net.

Today there are other opportunities for domain name extensions such as .biz, info, etc. None of these should be used either. If you use .biz, .info, etc you will be seen as a second class web site.

All of the most popular web sites are .com.

The only exception to this rule is country specific domain names such as .ca for Canada, .co.uk for the UK, .fr for France, .es for Spain and so on.

If you have a web site that specifically serves your country then choosing a county specific domain name is good.

How To Find A Domain Name That Is Available:

With more than 40 million domain names already in use, finding a domain name that is available is not easy. Finally when you do, you are excited. You then take a day to think about whether or not to register that domain name.

The next day you try to register that domain name. When you go back to complete the registration of the domain name it is no longer available. You begin to think how could this happen?

It's been my experience that somehow someone tracks which domain names are being considered. If a person finds a domain name that is available but does not take it immediately, then someone else does the next day. That person will then sell you the domain name at a higher price.

My suggestion is that you create domain name ideas on paper first then check to see if they are available. If you find a domain name that is available then immediately take it. Do not delay.

It would be great to have a perfect domain that is cute like Google or cool like Yahoo, but the reality is all of these names are gone. So don't even try to find a name like this as you are just wasting your time.

Instead, focus on creating a name that is short and easy to remember when possible.

You can create a domain name using abbreviations if you want.

When creating your domain name it's often a good idea to use keywords, when possible, in the domain name. This is not necessarily imperative but it can help you achieve a higher ranking in search engines.

If your domain name uses more than 1 word you can then either separate the words with a hyphen or not to use a hyphen. In days past, hyphens were always used, then no hyphens and now there seems to be a slight trend back to using hyphens. People think using hyphens will help separate the words which then allows Google to more easily find the keywords within the domain name.

Does this really make a difference? Hard to say. It's a personal choice but overall a good web site is what will make Google and other search engines happy.

Which Domain Registrar Do I Use?

I use and suggest www.mydomain.com simply because I've had really good experiences with them.

I've used numerous domain registrars over the years including the original, Internic, which is now known as Network Solutions.

While GoDaddy is popular, there are many hidden traps with GoDaddy such as not being able to move your domain to another registrar if you've made any changes to your domain registration information within 60 days before you want to move.

I decided to move from GoDaddy to MyDomain when I had a problem with GoDaddy. Their advertisement said one thing, their representative told me the same thing over the phone but the following year GoDaddy wanted to charge me extra for Private Domain Registration.

Private Domain Registration protects your personal information from being harvested by spammers, etc. It's a good idea to have private registration but I wasn't happy with GoDaddy in how they handled the problem and so I switched to MyDomain which has been a blessing.

MyDomain is a lot easier to use and their private registration is not only cheaper but more convenient. With GoDaddy you have to register your private domain registration through another web site. With MyDomain it is all done in the same web site.

My Thoughts and Observations on Google's Page Rank

Google's PageRank is a tool that determines how popular the web site is.

What I have noticed over the years is that Google has made its Page Ranking service more difficult or, should I say, more strict.

It seems to me that a PageRank of 4 is now the norm for the average web site.

To login, simply enter the email address you used when you registerd:

Do you need to update your email address? Send us an email and let us know.